One of the joys I have experienced this year is getting to serve as our church's Women for Missions Vice President. Here is a recent guest blog post I did for Hampton Park's website:

"I have now to ask whether you can consent to part with your daughter early next spring, to see her no more in this world; whether you can consent to her departure for a heathen land, and her subjection to the hardships and sufferings of a missionary life; whether you can consent to her exposure to the dangers of the ocean; to the fatal influence of the southern climate of India; to every kind of want and distress; to degradation, insult, persecution, and perhaps a violent death? Can you consent to all this for the sake of Him who left His heavenly home, and died for her and for you; for the sake of perishing immortal souls; for the sake of Zion and the glory of God? Can you consent to all this in hope of soon meeting your daughter in the world of glory, with a crown of righteousness, brightened by the acclamations of praise which shall redound to her Saviour from heathens saved, through her means, from eternal woe and despair?" (an excerpt from Adoniram Judson's proposal letter to Mr. and Mrs. Hasseltine for permission to marry Ann, quoted in Arabella W. Stuart's The Three Mrs. Judsons)

Our speaker this month at Women for Missions was Mrs. Brent (Sheila) Moeller. And though Brent's proposal to Sheila and the Williamses wasn't quite so dramatic as Adoniram Judson's (circa 1812), God had very definitely already begun directing Brent's path to South Africa when he asked for Sheila's hand in marriage. She was well aware that marrying Brent meant giving her life for the sake of the Gospel, and she gladly accepted.

Brent and Sheila have now invested twenty years planting four churches and participating in the sufferings of Christ for the advancement of His Kingdom in South Africa. This last term in many ways has been the most challenging on many counts including personal health trials. But God has sustained them, and Sheila was able to share with us her beautiful smile and a gracious testimony of praise.

While enjoying a beautiful assortment of Christmas goodies, Sheila exposed us to a collection of "English" phrases commonly used in South Africa. Then after jotting notes of encouragement to our missionary ladies around the world and focusing our attentions on prayer for them, Sheila shared with us an open word of personal testimony as well as her family's ministry DVD.

Vibrant African singing accompanied photos and video clips of the Moeller's ministry. One vignette occasioned some explanation: a group of men danced and clapped, singing enthusiastically at a tent revival. Sheila explained their culture's tradition of taking turns dancing before their king. First the grandfathers, then the grandmothers, followed by the men and women, the youths, and finally the children, each dance and sing before their king to declare their allegiance to him. In this evangelistic revival, the Christians of their community declared their allegiance to their new King, Jesus. What a beautiful and meaningful expose.

Thank you so much for sharing with us, Sheila. And thank you for ministering faithfully alongside Brent and with your three children. We count it a privilege to partner with you for the sake of our King.

If you missed this month's meeting, please grab the prayer list from beside the WFM bulletin in the hallway behind the main auditorium. Our next meeting will be the first Tuesday in February (speaker: TBD) at 7 pm in the Blue Room. We would love to have you join us as we put together gift baskets for our missionary kids who are attending college here in Greenville (about 15 of them) and who especially love home-baked goods.

Until then, keep upholding our missionary families before the throne of grace, praying especially for their gospel outreaches over the busy holiday season and for their faithful endurance in their personal walks with God.

This one's for Micah, who after a recent crash on his bicycle wanted me to take a picture to send to Grampa before he'd get up. From a mom who is very thankful for the KidVantage program at Sears that replaces holey blue jeans for free if they "wear out before they grow out."


Throughout Proverbs 4 the word picture of a path shows up: the path of righteousness/way of wisdom and the path of the wicked/way of the evil.


11 I have taught you the way of wisdom;
I have led you in the paths of uprightness.
12 When you walk, your step will not be hampered;
and if you run, you will not stumble.

My attention was drawn to the word hampered. I had to check in with Webster on this one because the first thought that came to my mind was the laundry hamper. (Yes, typical Mommy moment.) And whereas there's a stinky connection between people who try to make you trip or throw nerf footballs at your bicycle spokes, hamper in this context has these ideas:


to keep from moving or acting freely; hinder (hold back, thwart progress); impede; encumber (hold back motion or action of, as with a burden; block up; burden; weigh down).

Lots of cross-references come to mind (e.g., Hebrews 12:1; I John 5:3; biblegateway.com search of "burden" in Nehemiah, ESV), and allusions to Pilgrim's Progress with that burden, etc. The idea is clear: it's anything that gets in the way of progress or growth in your Christian life.

But as long as you follow the way of wisdom and the path of righteousness, passed down by parents who themselves have learned to fear the Lord (see the first verses regarding the instruction of parents: hear, give attention, etc.),


When you walk, your step will not be hampered, and if you run, you will not stumble.

Sure, you may still need replacement pairs of blue jeans, and you may still fall off your bike. There will still be people who try to trip you up. But God's proverbial principle here is that His wisdom will keep you from spiritual destruction as you stick to what He's taught you. His wisdom will protect you, like a body guard, along the right path. You won't be hampered, but instead you'll have so much freedom of movement as you walk, run, even "soar with wings as eagles" (Isaiah 40:31) in your relationship walk with Him.

Have fun with this one. And note, when you do get your eyes of the path and stumble, God is ready to pick you back up and restore you, cleanse the wound and set you straight again. Praise the LORD!

welcome to the official blog of michelle l. grover 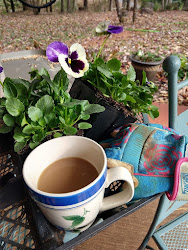 the girl in the mirror (proverbs)

This is a photo of the headwaters of the Wadi Jordan that Alan took on his study tour in Israel. It's the setting for my upcoming middle grade novel VOICE OF A SERVANT, which tells the story of Naaman from three unique servant viewpoints